Menu
Log in
Register
Install the app
You are using an out of date browser. It may not display this or other websites correctly.
You should upgrade or use an alternative browser.

Are chinook summer stocks really to blame for starving orcas?

The widespread belief endangered killer whales are starving to death due to a lack of chinook salmon in southern B.C. waters in the summer may be incorrect, a new study suggests.
Chinook salmon stocks, the preferred prey of at-risk southern resident killer whales (SRKW), are in precipitous decline along the B.C. coast. The decline in salmon stocks coincides with research and drone footage showing some members of the threatened orcas are emaciated, displaying a “peanut-head” due to the loss of fat, or blubber.
As a result, plunging chinook stocks are commonly believed to be the cause for the poor body condition and low birthrate of the threatened orca population (only 73 remain) which rely on the salmon for 80 per cent of their diet.
However, despite that theory, little research has been done to evaluate the abundance of prey available to the whales as they arrive in B.C. waters, said lead author Mei Sato, who undertook the study while at the University of British Columbia.
Using ship-based echo sounders, or fish finders, researchers set out to measure and compare the size and availability of chinook salmon in the southern Salish Sea for the threatened resident whale population.
The sounders were also used to quantify how many chinook are up for grabs by northern resident killer whales, a larger and increasing population of about 300 orcas that feed on the fish farther north in the Johnstone Strait, said Sato. 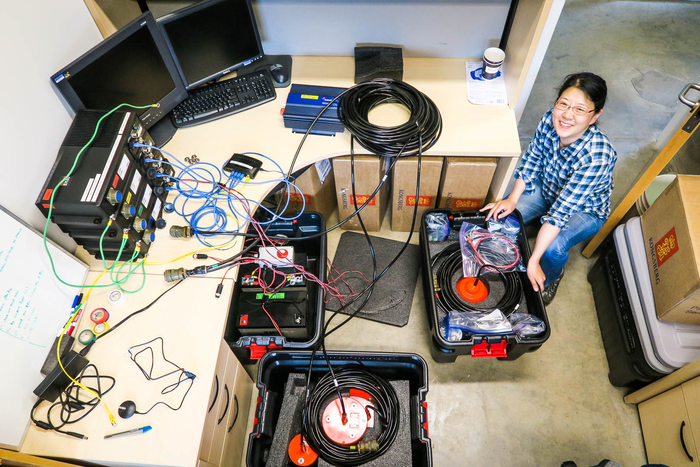 Surprisingly, the density of chinook salmon for the endangered residents over two summers was up to six times greater than what was available to the northern resident orcas...continued