UCP government in no hurry to fulfill commitment

The new United Conservative Party government appears to be in no hurry to honour the previous government’s commitment for renal dialysis service in High Prairie.

The news, delivered by Councillor Debbie Rose at town council’s meeting Aug. 27, prompted a blistering attack on Lesser Slave Lake MLA Pat Rehn by Councillor Michael Long. Long said Rehn “should be aware” and cited the “ignorance of our MLA” as the reason for the delay.

Long’s full comments are published on this page.

Rehn has not yet responded to the criticism.

Rose reported Rehn wants information on the previous commitment made by former Alberta Health Minister Sarah Hoffman in High Prairie on Feb. 6 at the High Prairie Health Complex. In the announcement, Hoffman said the government was investing $5.2 million to build a permanent dialysis clinic at the hospital.

“That’s why I’m so pleased that we are expanded access to life-saving dialysis treatment to High Prairie,” said Hoffman.

Rehn also wants information on the need for the service from town council. Council said it will forward the stats as they did with previous governments.

South Peace News has forwarded the story of Hoffman’s commitment to town council as well as stats from Alberta Health Services proving the high need for the service.

“I am sure this will be helpful as we continue this conversation with the new health minister and MLA Rehn,” wrote Rose in an e-mail.

“So, now the seriousness of the issue – life and death situations that these people are facing in our area are going to be put on hold again because of the ignorance of our MLA. It’s, it’s tragic, because this is a serious, serious issue and if he felt that he was up to the task of being our MLA, then he should have been aware of the situations that have been talked at this council chamber for five years and it appalls me that we have to jump through these hoops again, only because the … socialists got voted out. So I am more than happy to sit down with him at the AUMA and explain to him the error of his ways and even thinking of denying the access and the funding for this important program – this life-saving program for the people of this community. But because he doesn’t have the information and is probably too busy being a back bencher to get it, we have to give it to him again and again and again. Appalling! Where was he for the last four years? Did he have his head in the sand? Did he not know this is what people are facing in this community and this area? So if he’s up for the task, then by golly he better be up the challenge, we better have the information ready for him. We’ll have it for him and I don’t mind talking to him again about it, but just because he’s a new MLA shouldn’t mean that he’s impervious and ignorant of the facts that are going on in this community … nationwide, known this area is one of the highest areas needing dialysis!” 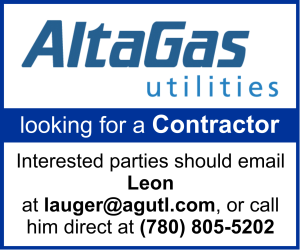